I first saw this car at the Chrysler expo in January this year, and for me it stood out amongst the others there probably because of the bright paint and chrome, the clean engine bay and the fairly large owner installed stereo. Upon seeing it again last weekend and having a closer look at it in detail with time that a show can’t give you, you can only appreciate it even more.
Richard has owned this car for around 14yrs now and in that time has squeezed a big block 383 in that smooth engine bay.. but that engine – thanks to Andrew Hollemans from Craftline engines –  now packs 489ci thanks to a stroker kit from 440source in the states, topped off with an 850 Demon carb, then add some nice matching ‘Mopar Performance’ rocker covers and air cleaner along with the Pacemaker extractors, a 95amp alternator plus MSD ignition and some chrome detail pieces make the engine bay a nice place to stick your head in!! 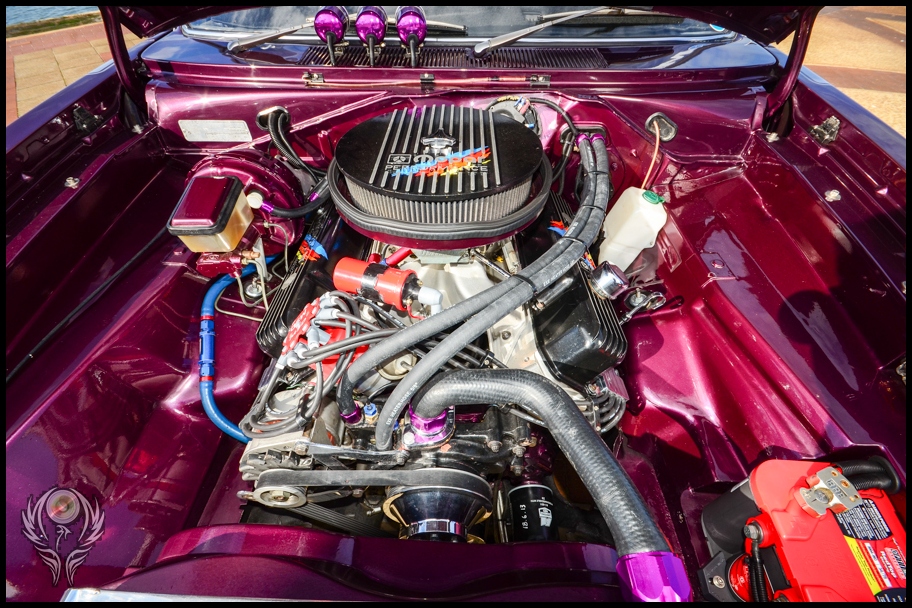 Inside the front seats are Saas buckets with the original rears retrimmed to match, interior work was by Zymas motor trimmers, add to that an R/T dash painted in body colour with some Autometer gauges on the outside cowl (and the pillar mounted tacho) to keep watch on that lumpy motor, then add an owner built sound system that’ll rock ya socks off, which include a pioneer head unit , 3 pairs of pioneer 6in splits filling the long doors, then add a pair of pioneer 6×9’s for rear fill and in the retrimmed boot there’s 2 12in pioneer subs fed by 2 Sony ‘D’ class amps. Then there’s also 3 Kenwood amps for the splits and 6x9s, subs are boosted by a Lanzar cap and to eliminate volt drop, there’s another optima battery in the boot!!! wish i had this in my dodge!!!! 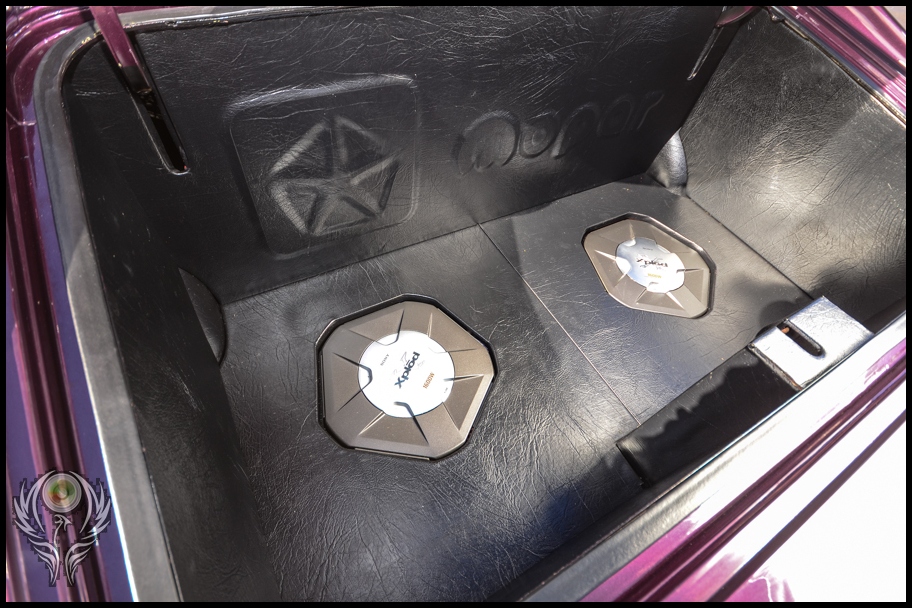 On the outside the first thing that smacks you is that perfect ‘Prowler Purple’ which was painted by Custom Image panel and paint, then you see those bright chrome Foose wheels wrapped – for the moment – in Maxxis 225/45/17 on the front and Falken 265/35/18’s on the rear!! then you spot the bonnet scoop, Mopar watchers will know that shape from a ’68/69 Superbee and was the first one pulled from the Hemi performance mould as was the one piece front spoiler, and although there have been a heap of them produced since, they still looks good on this hot charger! then there’s the stripe kit, tinted windows and the smoked tail lights which if you don’t notice are filled with LED’s, now there’s a good idea!!

Even after 40odd years the Charger can still look the goods against many steel bumper cars of that era, and better than some newer cars too and when it’s your pride and joy, it doesn’t really matter as you’ve built your car the way you wanted, and as long as you can get out and enjoy it then i think your way ahead in the scheme of things, Also a big thanks to Michael for driving me all the way down to Bunbury and back to shoot Richards car! (that’s his CL parked with the Charger below), now i better go work on my cars so i can sit back and relax with Richard and admire the view! 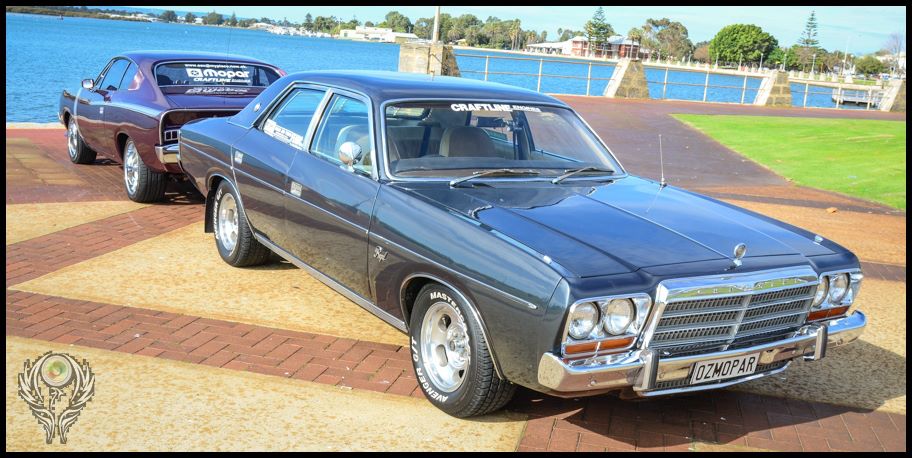