its been a while since we have done a feature car and a long time since we have featured a car from the red side so here is it , Dana Yergey’s HSV VS GTS 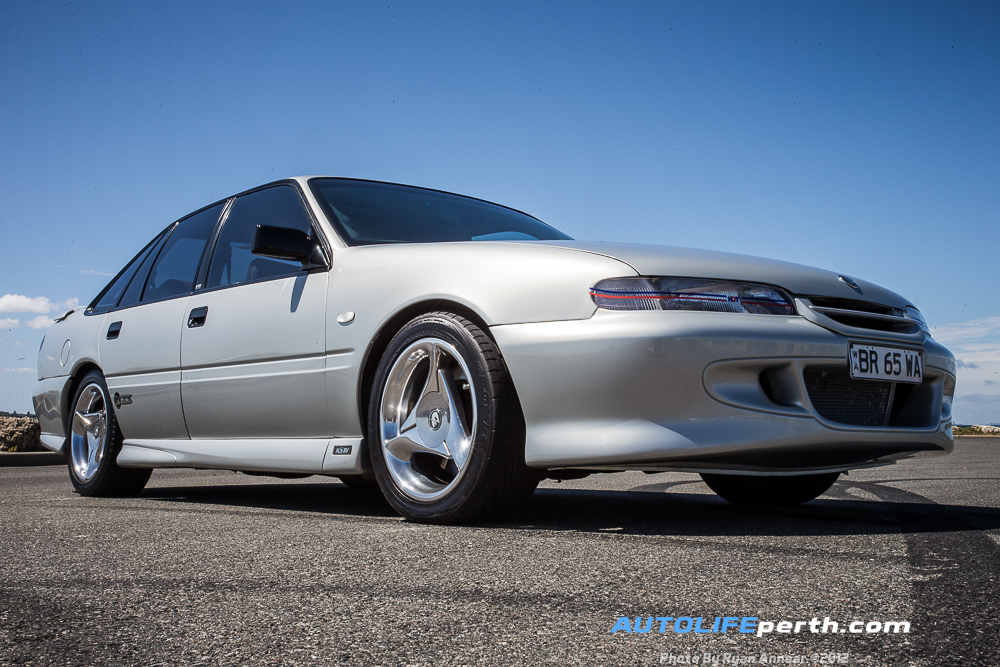 Dana Purchased this 1996 HSV VS GTS back in 2001 , it was purchased from The Action Autos car yard in Cannington and he managed to knock them down from 34k down to 30k , It had 49000km on the clock and only 1 owner (that’s what the car yard told him anyway!) , “it was a car that ive always wanted to own since the first time I saw one, they were $68k to buy new back in 1996 so were out of my budget back then ” Dana tells us. the car was stock as a rock just like it had come from a showroom floor.

“I remember when you could win a ride in a vs gts going around wanneroo raceway(now barbagello), it was the fastest Australian produced production car back then with its Harrop stroked 215i (215Kw motor) , One day when I saw an ad in the local newspaper(Canning Times) I went down and knew my dream of owning a vs gts was going to become a reality ” 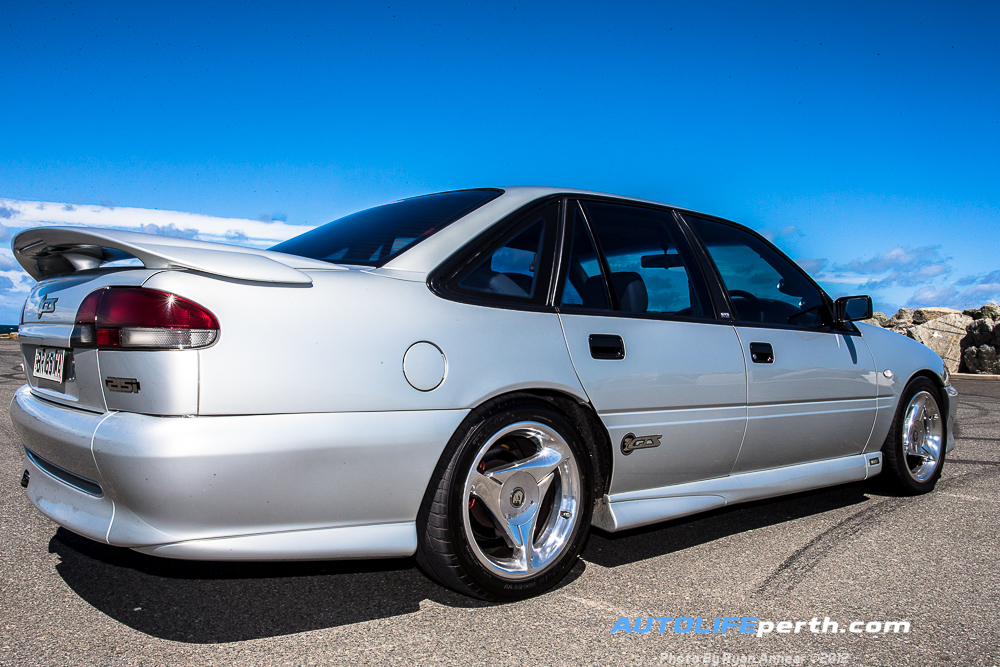 Since then Dana has Fitted Autometer gauges to centre console and pillar pod , added a Alpine DVD player & 4 channel amp. He fitted custom stiffened  SL springs to the rear and bilstein shocks (Car has serious squat problems at the strip) And the rest is just the motor/gearbox/diff (Go Fast Bits)

“Im Kind of keeping it a sleeper look , it suits me as it keeps any unwanted attention from Mr Plod too”

The history of the car as the car yard has stated is that it was a 1 owner car, the elderly guy had deceased and his wife didnt like the car so she sold it.

“The car was a stock as a rock, I drove it for many years as a daily and did the usual stuff like cam,diff gears,etc then a nitrous kit. The power bug had bitten me and hence the car that exists today, I wanted that nitrous hit ALL THE TIME” , Many years later and many 10s of thousands of dollars later the car you see now exists. 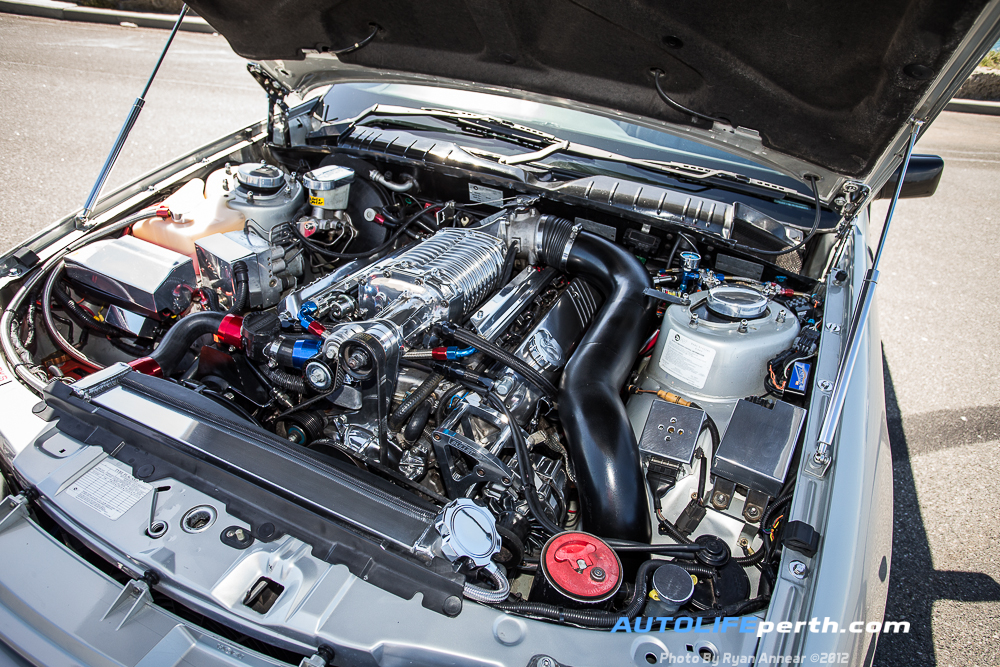 Dana shared with us some of the most memorable moments with the car such as ” Using the car as the brides car for my partners daughters wedding, and all the fun times every time I get it out and having fun in it. Anywhere and everywhere I drive it and at Powercruise and Motorvation, putting smile on faces from letting people ride in the car”

Current figures on the dollars spent on the car is around 65k , including 30k purchase price with 49000km on the clock , 15k on the motor rebuild , 10k on Intercooled Blower setup , 3k on Diff , 2k on Stereo , 4k on gearbox And 2k on Nitrous setup/water-meth injection.

” I like a car that’s first of all street friendly, the car drives nicely and get reasonable economy(provided you don’t drive it too hard) It can be entered into show and shines and looks the goods. Performance wise its running mid 11s down the strip” he can drive it there and drive it home.

” i have got enough power to have fun at events like Powercruise and Motorvation and Im not really into doing burnouts but the car does decent powerskids for the horsepower that its got , it’s a car that’s comfy as with its leather seats, icy cold air conditioning for those long country drives” 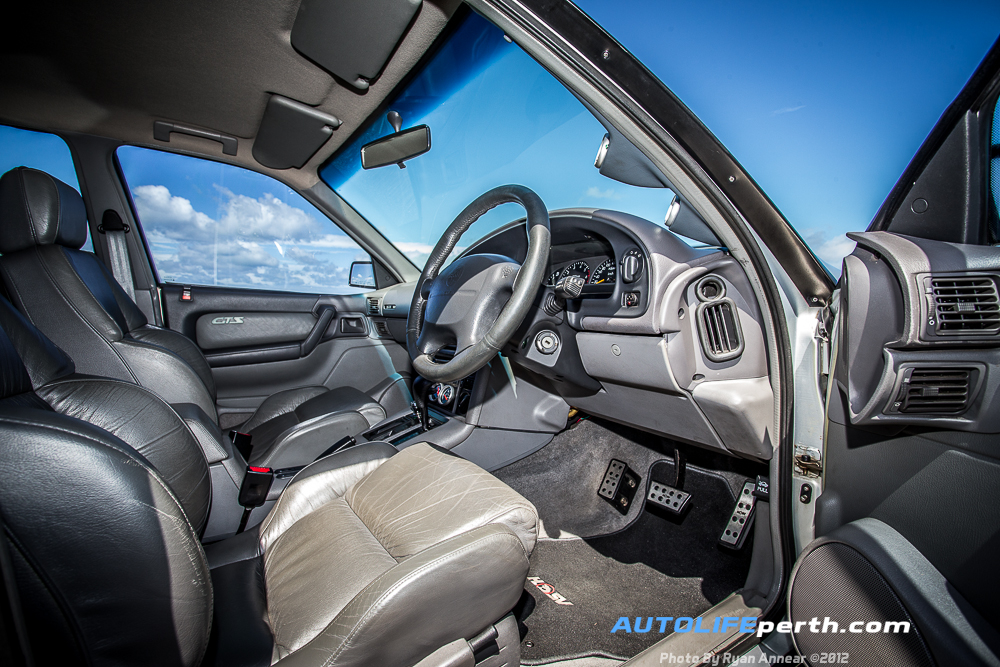 The Future plans for the car are To fix the leaking Rear Main Seal(not bad but annoying) , get the front and rear bars resprayed(looking a bit sad from stone chips,etc) ,  Put coilover suspension in the front only , a Custom dual 3 inch exhaust manufactured with 100cpi high flow cats. ” the current exhaust is currently holding back the power potential of the current combo”  ,  Add a 12 inch Subwoofer that’s easily removed for track days ” I prefer performance over doof doof music these days”  ,and add a 100hp 2nd stage of Nitrous (to get that elusive 10 second pass at the drags) . ” Ultimately I would like to fit either a 2.3, 2.9 or 3.3 litre Whipple charger but I think to myself when does it all end.Prob just stick with my my current setup in reality”.

Dana would like to thank Maurice and Sasha from Kwinana Performance, Graham from Southside Engine Centre (No longer works there) , Mark and Katherine from Marks Workshop and his Partner Margo for all her patience over the years 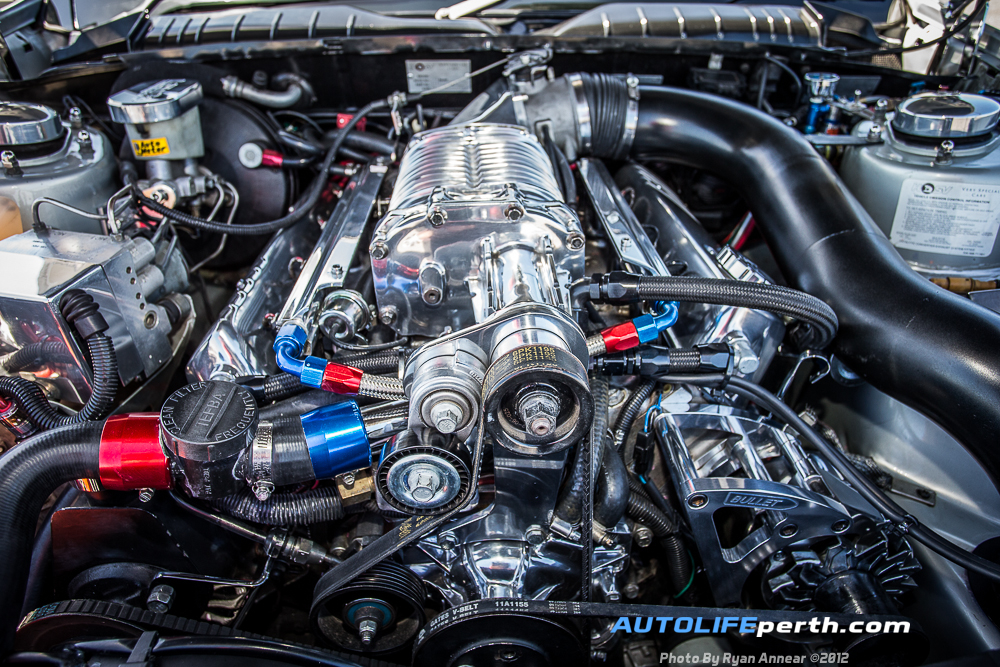 magazines and publications it featured in :

A few trophys for dyno competions and show and shines with West coast Commodore Car Club. Nothing outside though