A few months back we ventured out and met up with Thomas Fruzynski to finally shoot his car , it’s a 1971 Holden LC Torana GTR and its ridgey didge!

Thomas’s dad actually bought the car around about 1993 because he always wanted a Torana GTR or XU1 , when he got it , it was red with the rear passenger’s quarter panel stoved in. The front seats had been taken out and some high-back bucket seats out of something Japanese put in their place and both front and back seats had been covered in bodgy looking seat covers. Someone glued red crushed velvet all over the head lining which resembled a hearse and it had 6 inch stockies on the front and 8 inch stockies on the back. “ The whole car looked vile “

Since then its had a full ground up resto which Thomas and his dad completed . “ It started with me sanding all the old paint off and I spent my whole summer vacation of 2003/04 doing that “ Next step was panel beating to get the rust out and a whole replacement rear quarter panel was welded in. they took our time working on the Torana, the diff and gearbox was rebuilt, the interior was reupholstered after they found matching bucket seats for an LC coupe. 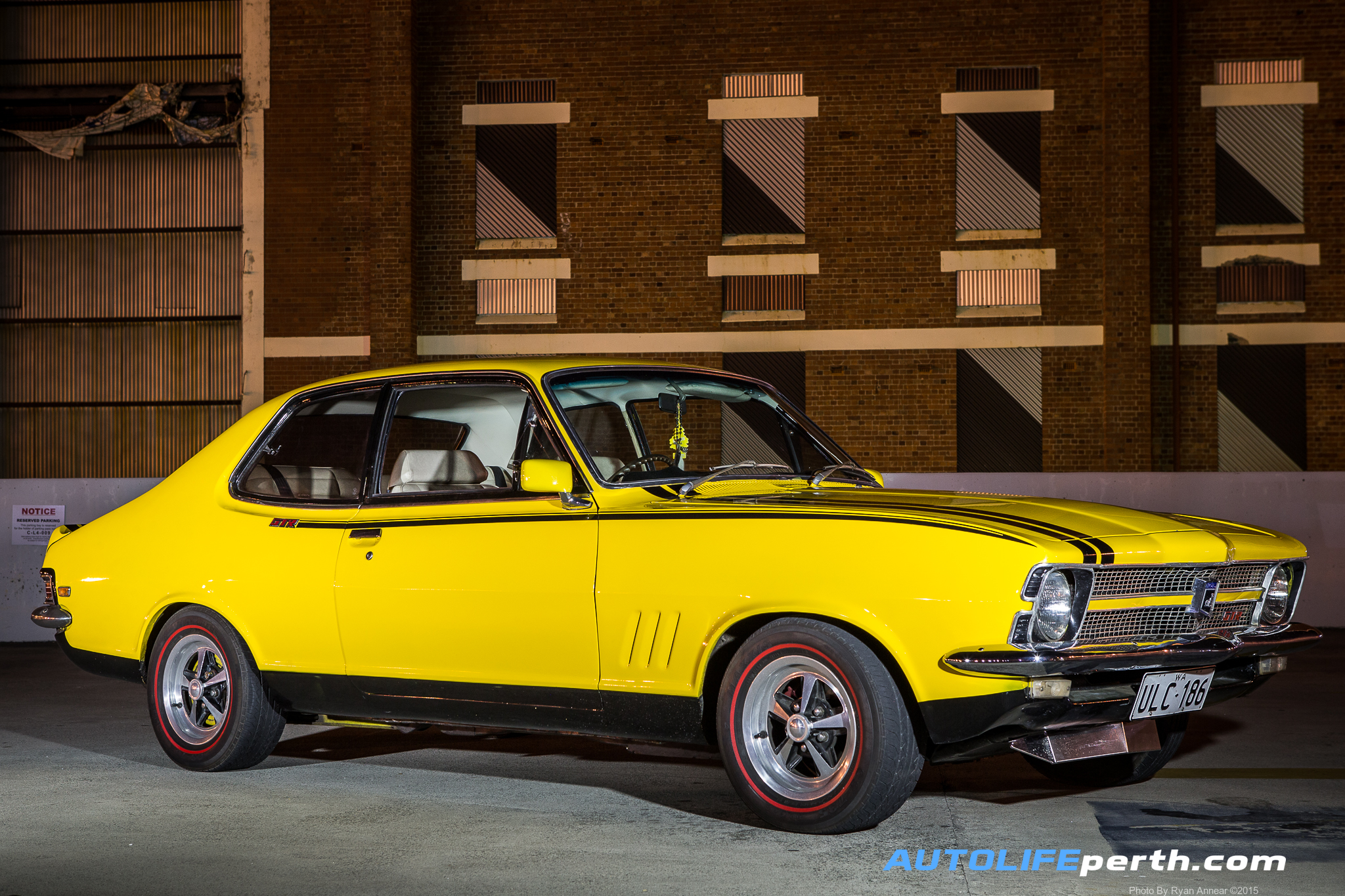 The original 186 was removed and Thomas and his dad worked on another 186ci that they got bored out 60 thou to 192ci, then stroked to 208ci.  “ I was laying in bed one night thinking of what colour to paint the Torana, I was playing with a few ideas and all of a sudden it just clicked, the same yellow colour that’s on the CV8 Monaro’s, which is called Yellow Devil”

The front K frame was removed and re-enforced and after everything big was done, the little fiddly bits of putting it all together started and that didn’t start until the tail end of 2007. 2008 was a busy year, so it wasn’t until January of 2009, that his dad and himself took the car to the pits and got it passed. The motor that got built for the Torana was embarrassingly slow and got dyno’d at 123.6 horsepower and so engine build #2 got on the way late 2010/early 2011.

“ Dad and I split the costs and got a lumpy as solid camshaft, solid lifters and solid roller rockers, a bit of head work and a 350 Holley,  This exercise was 4 grand all up, but well worth it as when dyno’d, the Torana pulled a more impressive 150hp”.

After nearly a year, the motor in the Torana started giving lots of unrelated problems which resulted from one loose wire. These problems included pinging at high revs and intermittent idling problems and stalling. After the thrust bearing went the engine came out for rebuilding and a stock 186 with a tiny camshaft and a single barrel Stromberg went in with a new clutch and thrust bearing.

The other motor has gone back into the bay with a 12 port head and a set of triple webers, “ I’m expecting around about 200hp” 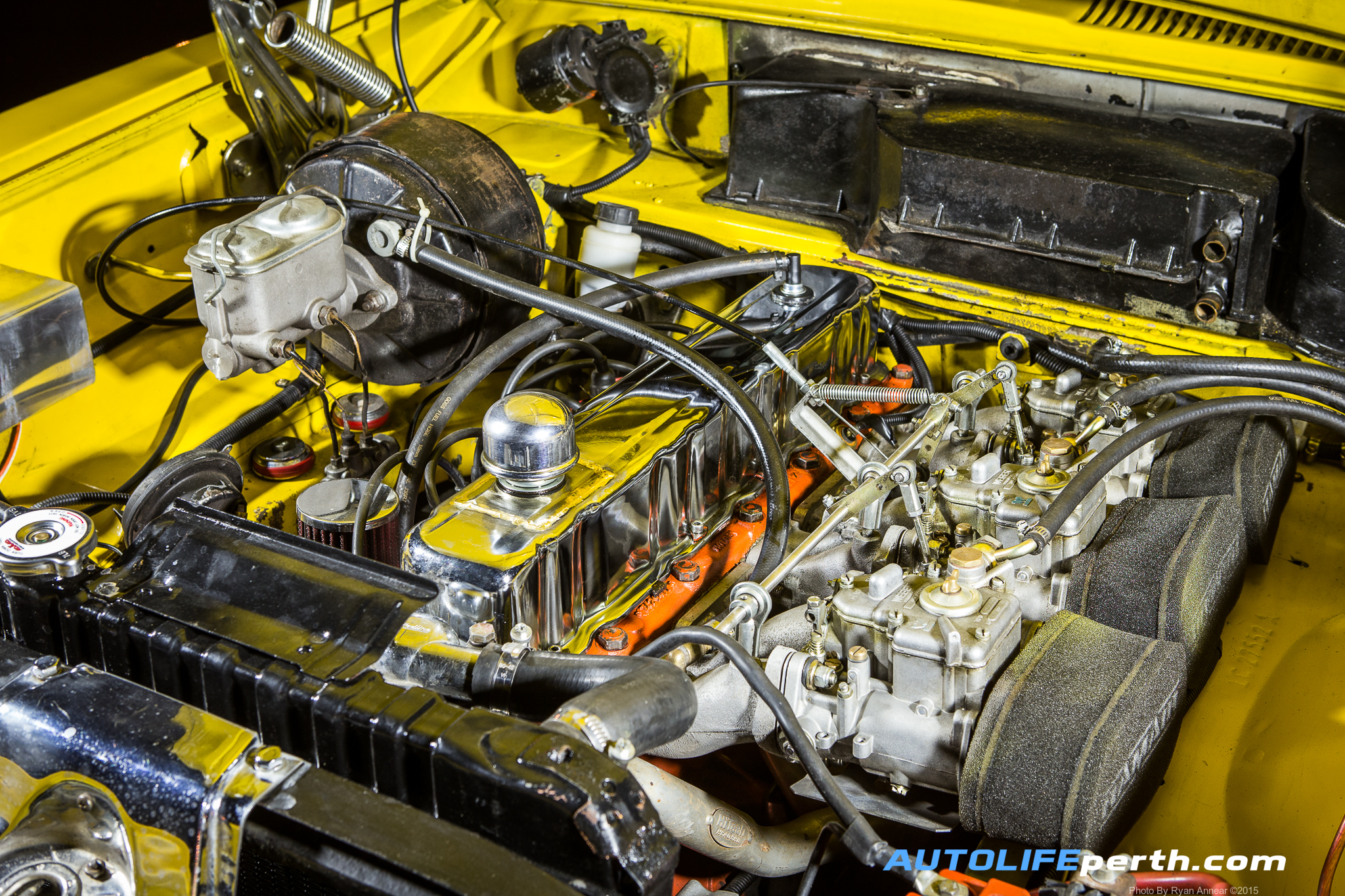 On the history side of the car , the Torana was an LC GTR, but with XU1 options. “That’s because of the 186ci engine that came with the car instead of a 161ci or a 173ci”. Furthermore the car came with a massive XU1 brake booster. The original paint was a light chocolate brown metallic, with sandalwood interior, “a very rare factory combination”.

This Torana had a number of owners throughout the years, seeming that it had 7 coats of paint. Two coats of red, Two coats of blue with the original chocolate brown underneath and a coat of primer in between each coat. The car before it landed in the hands of Thomas and his dad was owned by a girl named Lisa. “It could’ve been her doings, or the doings of other owners, but unspeakable things were committed to this car, such as the Japanese bucket seats and the crushed velvet head lining (shivers). All crimes committed to this car (mostly during the 80s I presume) were fixed by dad and I back to original specs, apart from the paint. The only thing I’ve got done to the car is the fabrication of a custom made centre console with a cup holder, a deck and a CD holder for the installation of a mediocre stereo system and to retro-fit the car and it suits it quite well. “ 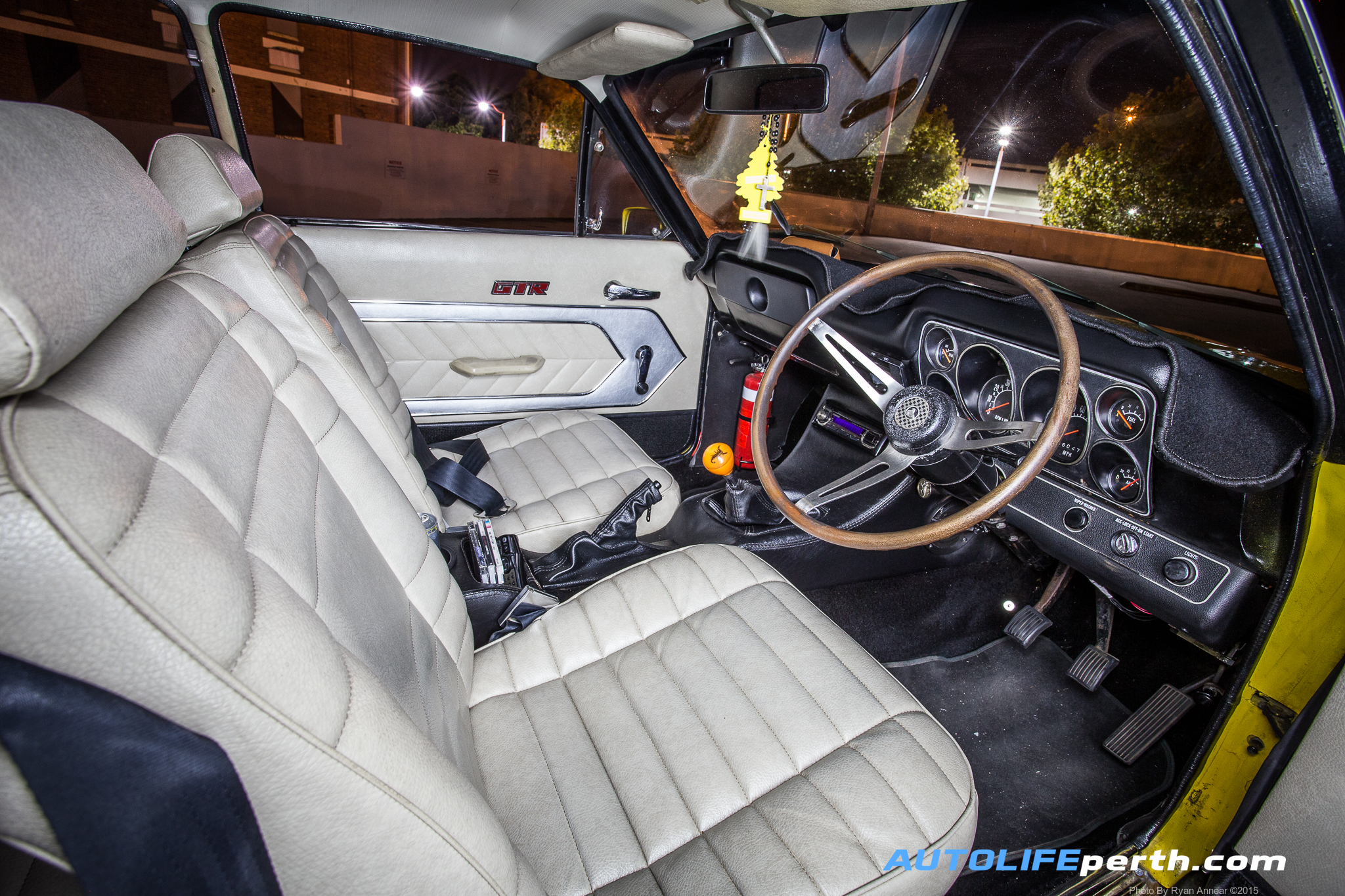 All up the car has had a whopping $22 000 at least spent on it . That includes the approx. $16 000 it cost during the 6 years it was being restored and since then many thousands more have been put into it, like fixing all the “teething problems” , “  I know 4 grand got poured into motor rebuild #2. Plus the few times the motor’s come out to fix the rear main leak (BLOODY HOLDEN) until someone played with a few ideas about which rear main seal to use.”

Thomas tells us the main purpose for the build in the first place was so that he could have a car as a daily driver,  Over the years he has developed a desire for more power, hence why engine build #2. Lately due to a friend, I have gotten into a bit of racing, having done a time attack event at Barbagallo’s race track and round four of the McRae Rallysprint series, “I have a thirst for more horsepower, that’s why engine build #3 was needed .” 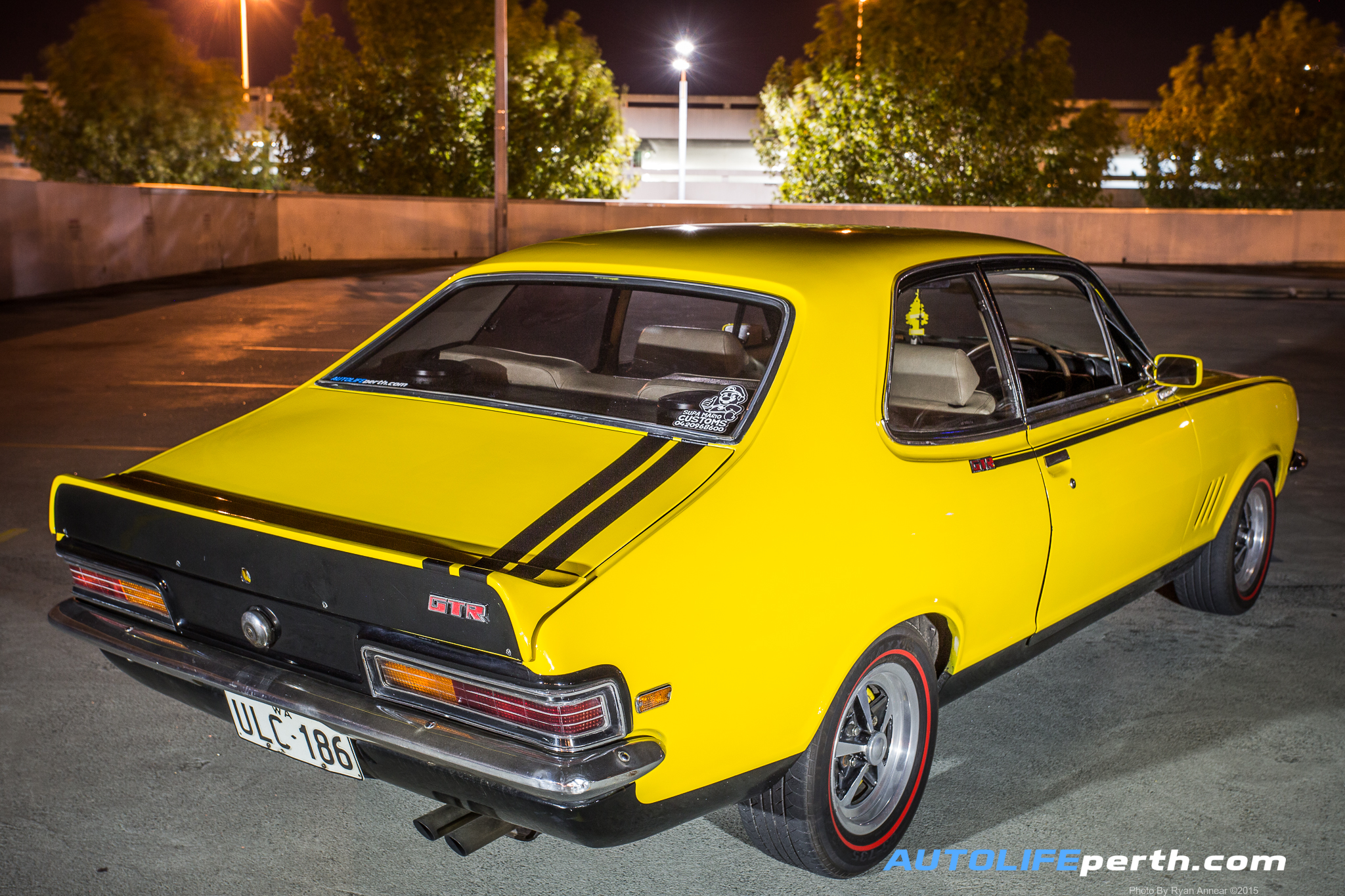 Thomas would like to thank his Dad, as without him, this dream wouldn’t have come true ,  Peter Hainsworth from Auto Rehab for being a really good friend to them both and also his Jack-of-all-trades-like-ways in not only panel beating but also mechanics has helped them tremendously , Peter from Holley Carbs Perth for supplying them with all the right parts and information about carburettors and the webers , Applied Automotive Performance Engines in Maddington for doing the machining etc for engine build #3 and Maurice from Kwinana Performance for doing the dyno tuning. 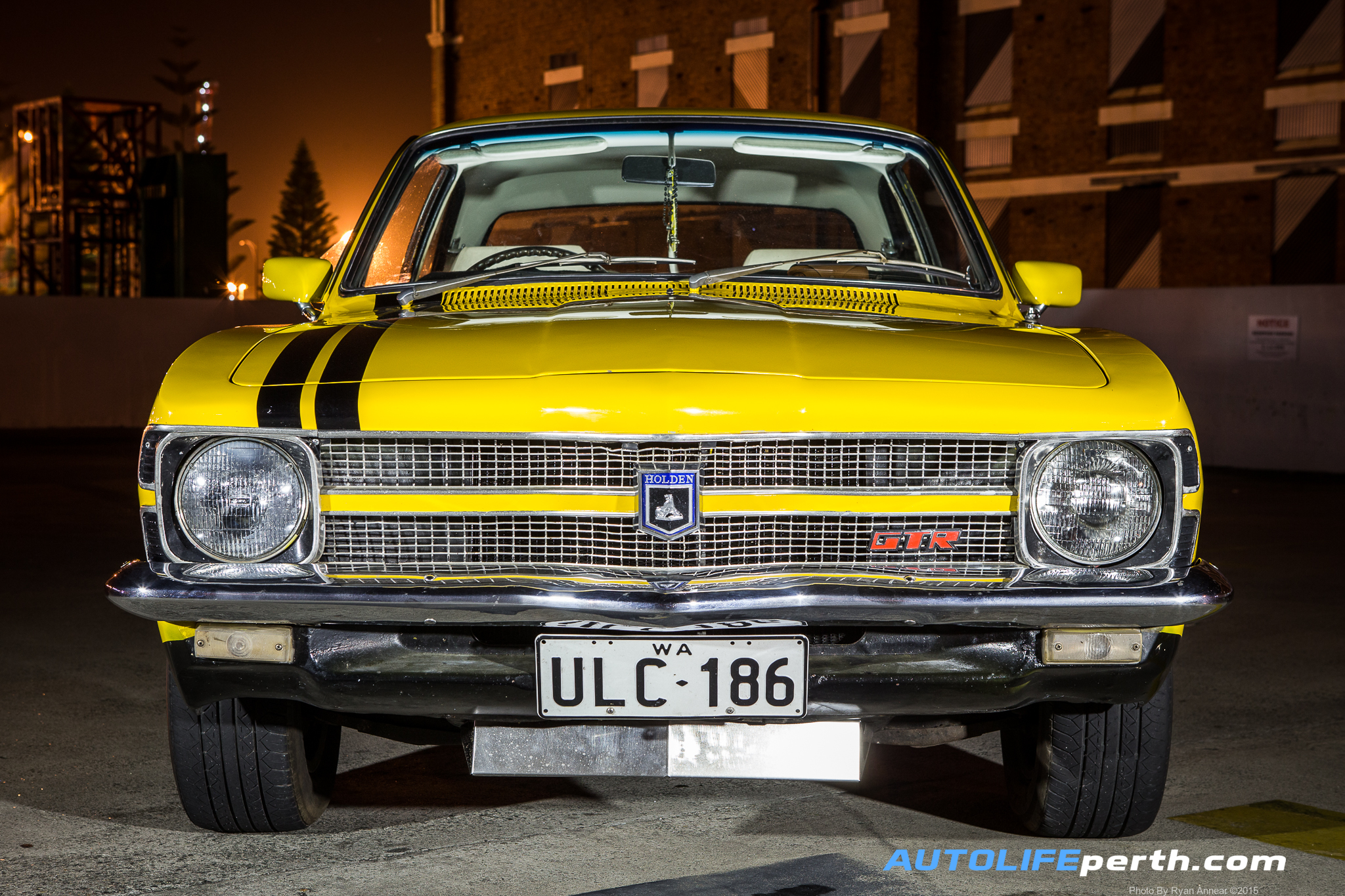 Interior: All original Sandalwood leather vinyl back to factory specs 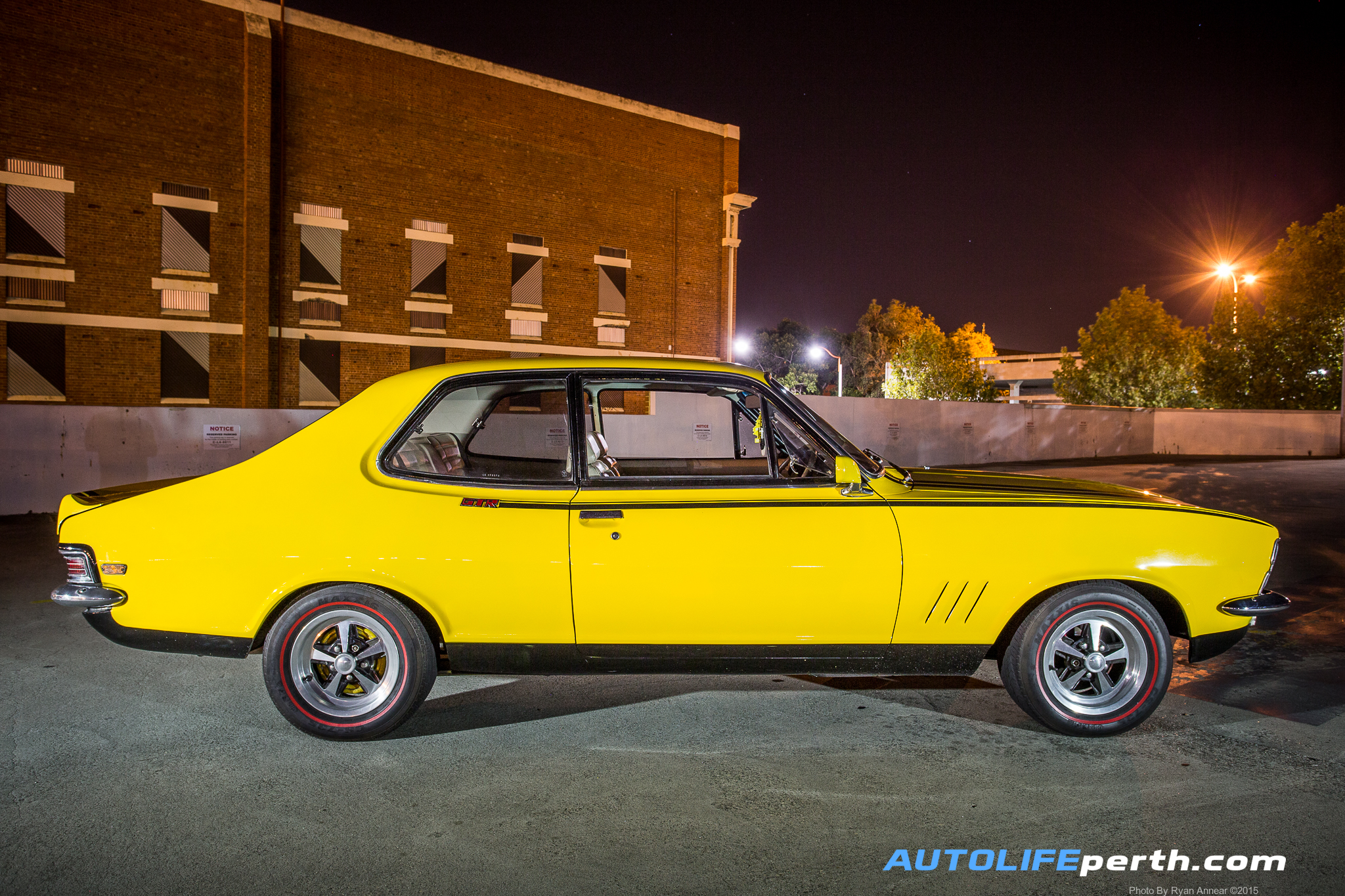