Kukerin Creekbed and burnout comp 2014, my first time there to see what goes on out west while the metro area sleeps, and i liked it! although it did rain all of saturday witch made it fairly cold and muddy but with all the campfires going and the hall playing the grand final of the footy you could easily keep dry by either means. and i tried it all, walking around taking some photos and talking to a few of the people around the campfires and looking at cars whether they be burnout or muddies, or in the shed having a few drinks or snags watching the big screen while chatting made for a good easy day considering the main events are on Sunday and travelling all in one day is not on when you have all day to sit and relax before you need to do anything the next day! but last year it was hot, very hot so i think i prefer a campfire and some warm clothes to sweating! Sunday i was up early and scouting some positions, but i pretty much sat in the tower overlooking the pad with a good view of the creek racing as well which is a lot different to being right on the track shooting. There was a TV crew from the Discovery channel (Canada) to shoot the creek racing so i guess we’ll see that in about a year 😉
there were a few cars there (on the burnout pad) but with collie on the same day the numbers were down a tad, but it made for some awesome mechanical carnage as punters gave it their all to make the finals with a few cars catching fire or letting go of

gearboxes or clutches etc, while the muddies were trying not to get bogged or flip their rides (which they did both of) and trying to make it all the way thru the creek, some had issues with the water in the electrics while some had jammed accelerator problems or general running off into the surrounding shrubbery, which made it all the more enjoyable 😉 hopefully the TV crew got some great action shots for the program, i know i did!

All in all i think it was a great success by the organising team and Nic green to put this show on and continue doing so for another year, and now that the burnouts are part of the great Southern tri-series along with Wagin and the final at Narrogin i think a few more people will make the  trip there as having two different kinds of motorsport to watch does mix it up a bit and stops the kids from being bored or if one stops you just turn around and watch the other!! i know Mark from Bogan and Proud who took me there really wants to get a 4×4 to thrash now so if you have one to suit and a way to get it there you know who to call, while i’d like a small car to whip around the pad if that’s not too much to ask. 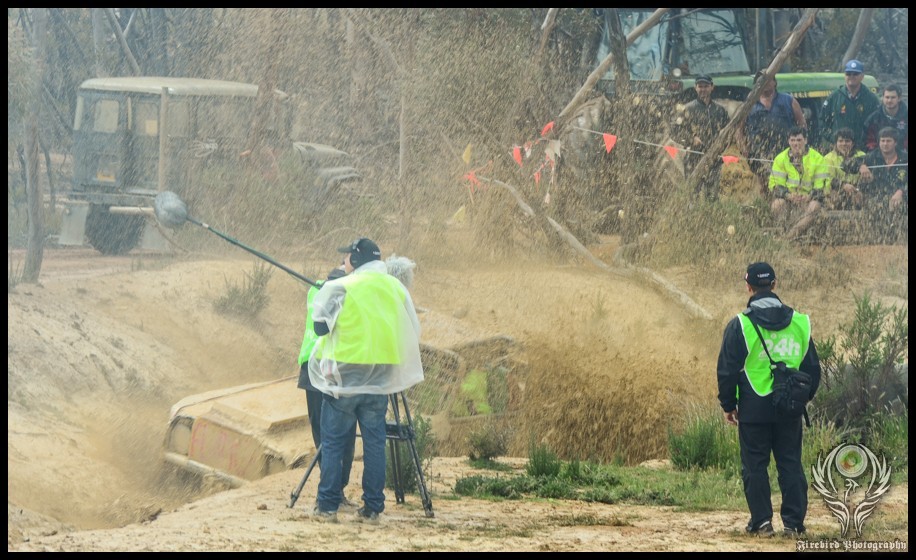 Defiantly worth the drive out there for the long weekend and maybe next year we’ll have our own campfire and a nice dry van, and even a car or something to really get in with the action!
till next time, oo-roo. DB 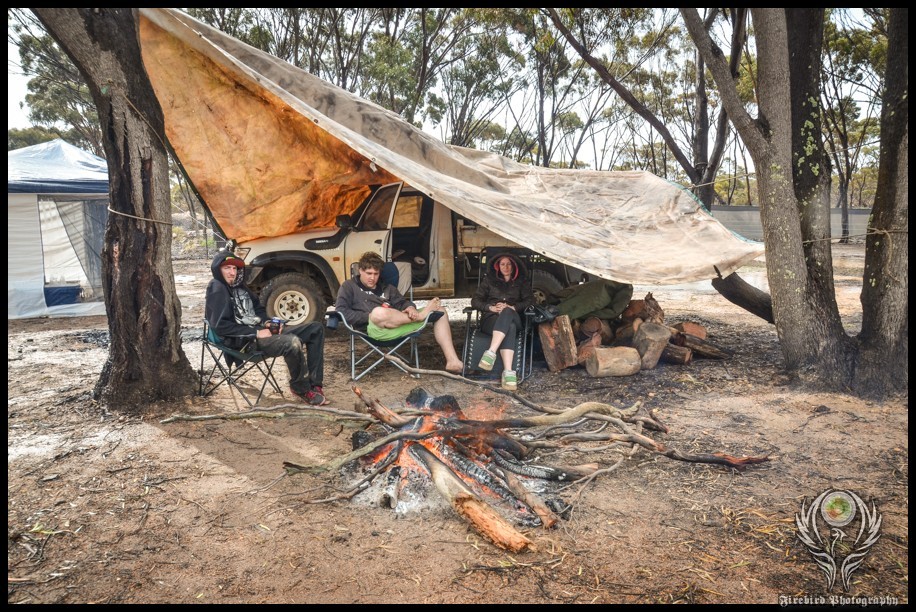 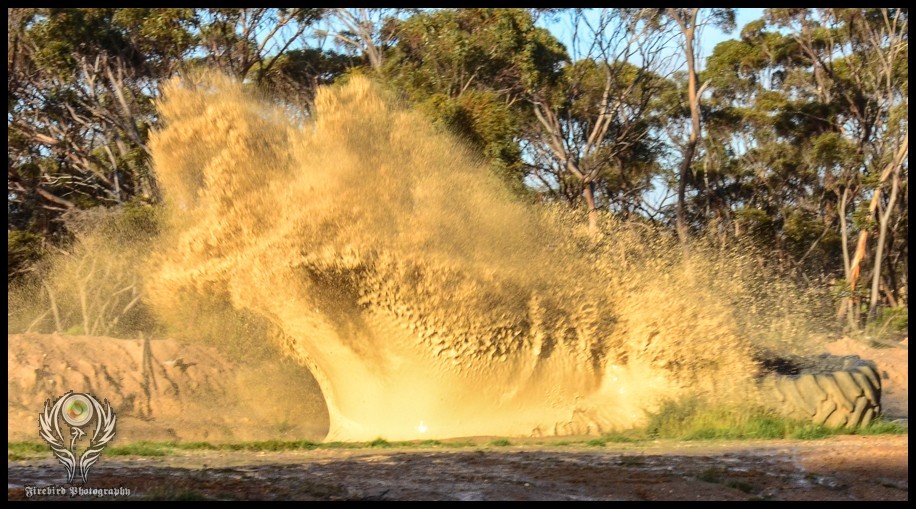 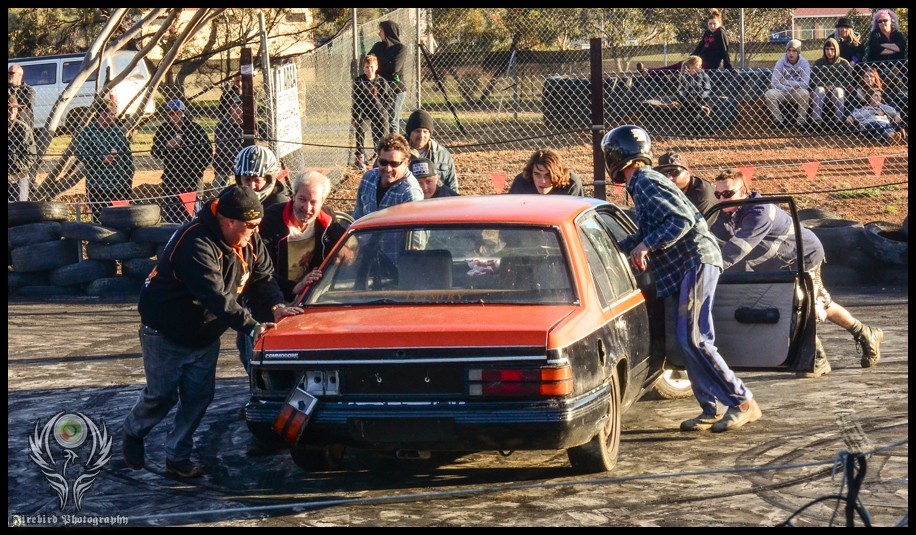 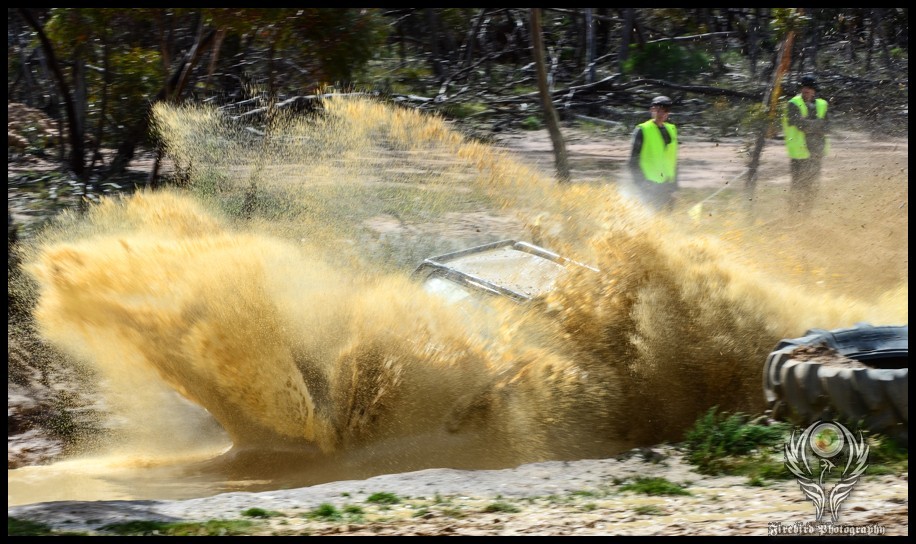 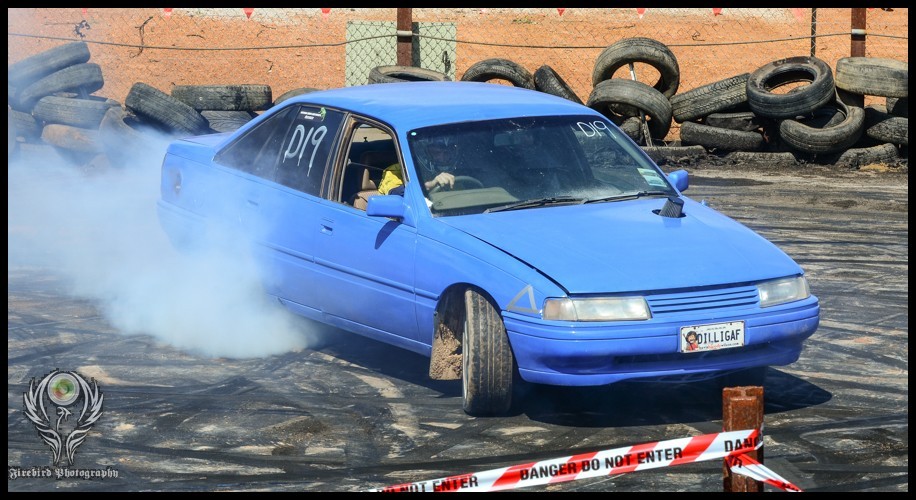 Wagin burnouts this weekend ! - we will be photo/v