Going all the way back to 2012 , we ran a little competition called the Autolife Perth people’s Choice  , the competition allowed our followers to submit their ride and then vote on their favorite , back then the winner was a gorgeous Nissan Cedric.

Well its now 2016 and we decided to give it another crack and this time it was the muscle that dominated the competition with 3 old school muscle cars fighting in the 3 but now we present you with the Autolife People’s Choice of 2016. 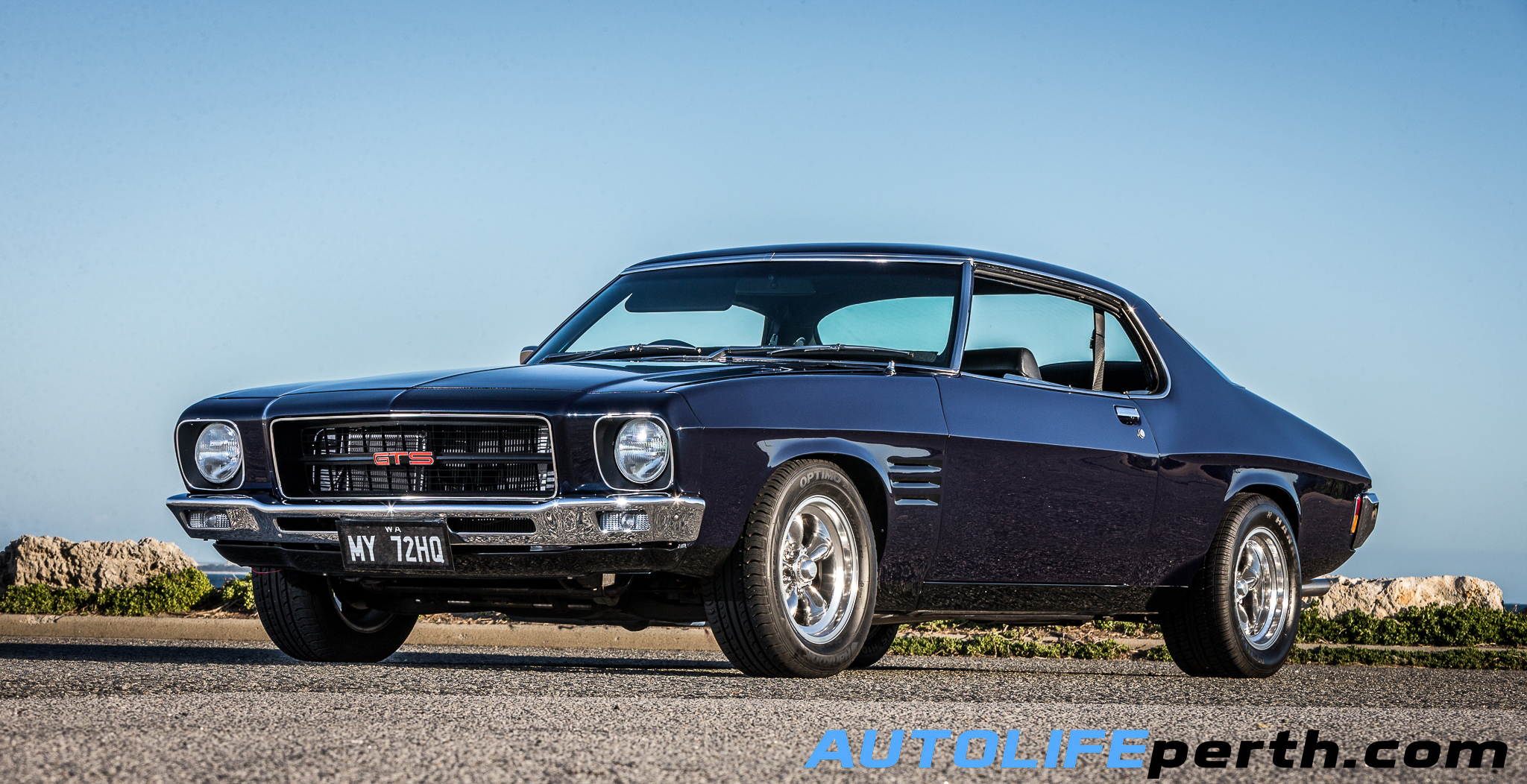 This gorgeous 1972 Holden HQ Coupe is owned by Ron & Tania. Ron had always wanted a HQ Coupe after being inspired by Steve Dorrington who owned a black / dark blue HQ Coupe in Busselton in the early 80’s which he loved and always said that “one day I would own one ….now I do!”.

An opportunity arose for Ron to start looking for his own HQ Coupe. He flew to South Australia, looked at 3 cars, flew back home on the same day, he decided he wanted the one with the better body but ordinary interior and proceeded to make arrangements for the purchase and transport of his very own HQ Coupe.

Ron and & Tania drove the car around Perth in the same condition they bought it in until they visited the Monaro nationals 2012 in Busselton. It was then that they got inspired to fix her up. They gave themselves 2 years for the rebuild as they wanted to take the car back to South Australia in 2014 for the Monaro nationals in the Barossa valley. Whilst there, they hoped to get in touch with Matthew Gough, the previous owner to show him the car as it was now and to let him know it was a much loved and looked after car.

Since purchasing the car it has gone through a complete rebuild comprising of a bare metal respray, new interior, rebuilt engine and custom airbrushing under the bonnet.

they could cruise whenever they wanted and to occasionally enter it into car shows.

“We’re not game enough to add up all the receipts, which we continue to collect today as she is still a work in progress and have well and truly blown the original budget we had set for the build”

Ron is currently customizing the boot and hopefully, if they can find another great portrait airbrush artist they would like to add another image on the inside of the boot lid. Hopefully then they can stop collecting receipts for this car and start on another project.

“Meeting new and likeminded people who are now like family to us.  “

“ Something we didn’t consider when we decided to have the airbrushing done but love hearing are the stories people share with us when they see the murals, the memories it brings back for them and to see their faces light up is the best. “

Congratulations on winning the 2016 people’s choice award and drive safe!

Interior: Factory black with houndstooth inserts. Custom made console and custom made gauge cluster and gauges

Thanks go to: Rory Smith (Electrical), Kathy Nathen (Airbrush Artist), Blue Dog Garage (Motor Trimming – Console) John’s Motor Trimmers (Seats), Alan Beckett & Joe Grech (For their help and knowledge) and Tania for doing her best to help keep me sane and her little hands. also a big thanks to Cam North from Tool & Consumable Solutions for the sponsored prize and Ryan From Autolife Perth for the opportunity to enter the peoples choice competition.