We put out a call a few months back for some interesting cars of Perth to showcase in our features section, little to our knowledge that we would get something like this… 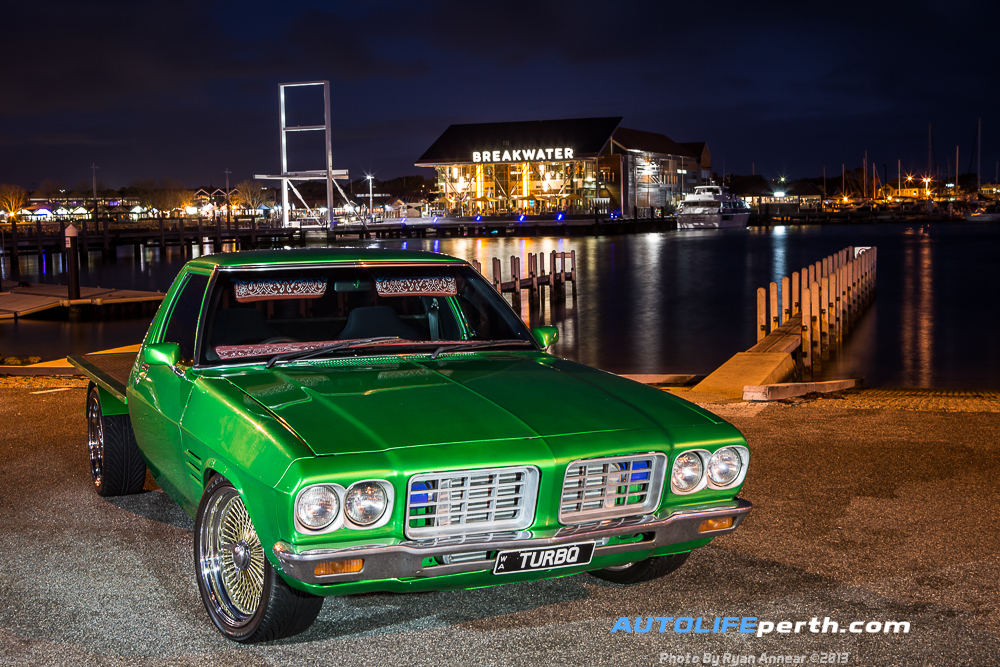 This machine is a 1978 HZ Holden 1 Tonne Ute currently owned by Adam Liddelow , Some of you may be thinking ” well i haven’t  seen this getting around ” and you would be right , it has been tucked away for a number of years , only popping its head out at car show once ( the Hot rod and street machine spectacular ) which he got good feedback on , so when Adam saw our callout he said ” I’ve never wanted to feature this car but i have a hell of a story behind it” and we were intrigued.

Adam was given the car, but not as a present, the previous owner of the car was Brodie wall (horse), He was Adams best mate growing up from about grade 3. While growing up he moved to Geraldton they kept in contact a lot, One day Brodie showed up at Adams place when Adam was 19 and started living with him. During that stay Brodie and Adam where involved in a fatal car accident along with another good mate of His (Matthew). Brodie passed away in the accident, Matt and Adam had severe injuries. 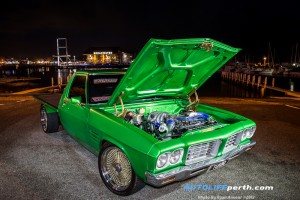 After the car accident Adam approached Brodies parents and asked for the Ute, it was always the case if something ever happened to Adam then Brodie would have been given his collection of things. Brodies parents said yes and Adam promised He’d make something of the Ute.

“Brodie was never a big fan of the six cylinder turbos, he was always a v8 man, Adam says ” The only reason why its running a turbo 6 at the moment is because of that’s what was on my mind at the time, this car is not finished yet though it’s never for sale and it will be a v8 one day but for now, its good fun.”

“After receiving the car , my dad and i put in a lot of hours in to it ,  “I can’t thank him enough through this whole process”

When Adam was given the car is was Royal blue, it was running a 253 with a trimatic behind it. It was pretty rough 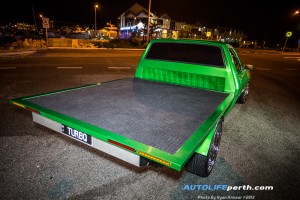 but my friend Brodie had big dreams which he wanted to make come true. It was running centre line dragways, rust all through it, wooden tray , used to overheat on drives and auto trans fluid leaked everywhere.

They sanded down the car and proceeded with all the body work finding a lot of rust, cut out all the rust, repaired panels and everything else that goes with body work. They gutted the interior, fitted new carpets, center console, fit a manual pedalbox and the new clutch master cylinder. They 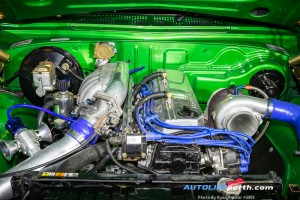 had to Set up mount points to run the RB, ,custom make the gearbox cross member, sump, fuel system ,  full spool the diff  and make a drive shaft made up and Fit the rb30 turbo setup to the car and custom make the tray and wheel arches.

With the old t04e turbo setup on 8psi it made 302hp at the treads, “it was a low boost tune until the upgrades were completed to run full boost”  it pulled a 13.01 on the low boost tune down the 1/4.

“This car is always going to be a street car, the costs that are involved with a show car that you can call a show car are astronomical, and I just want to make this an awesome streeter, really clean, not over the top and lots of polished parts, just something that when people see they think “NICE”.

Adam tells us the Future plans for the car “would defiantly involve a v8, more than likely a LS series. It would have to be turboed, modified rear end to fit some serious tread and keep working on the interior”

“Personally I don’t think this car will ever stop, it’s going to be with me for a long time and the car has meaning to me , most car enthusiasts would understand.”

We would like to personally thank Adam for allowing us to feature this car and wish him good luck with it in the future. 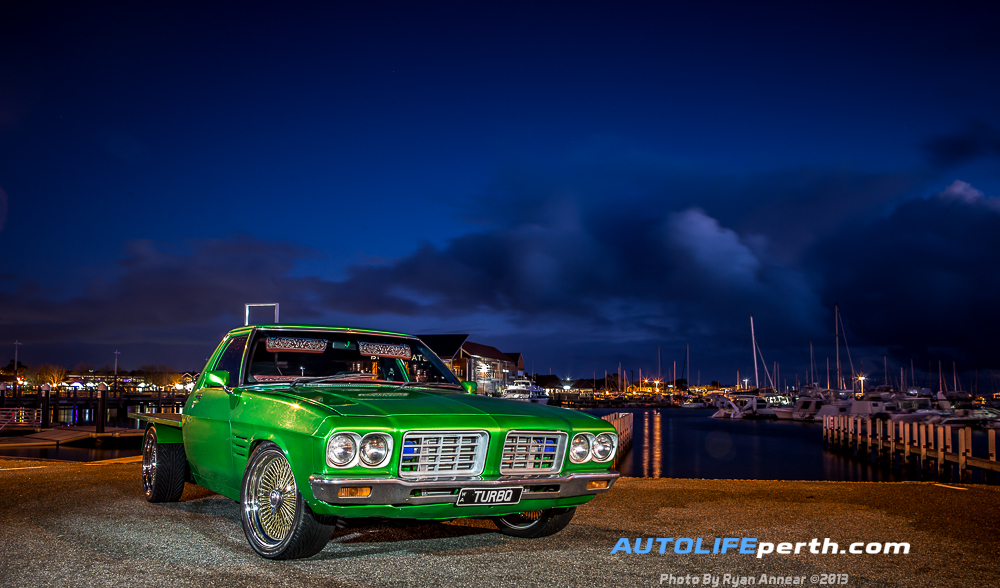 Feed rail, modified sump, all powered up by an EMS 6860

Interior:  I have recently started learning upholstery and started doing my own trim work and is currently a work in progress of becoming red

Paint colour or mods: it is a base of Holden atomic green with a little bit of special herbs and spices , paint done by good mate Clint

Exhaust: 3 inch all the all way